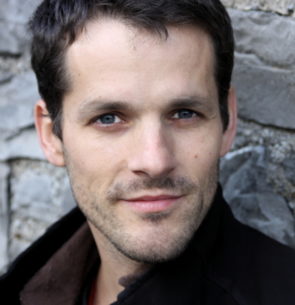 After graduating with an MSc in Biology in Switzerland, Alexandre Iseli has worked with renowned companies including Régine Chopinot (National Choreographic Centre, Fra), Philippe Saire (CH), Joanne Leighton (National Choreographic Centre, Fra), Liz Roche Company (IE), among others. He has performed in more than 400 venues and 40 countries in Europe, America, Africa, Asia and the Middle East.

Since 2008, Jazmin Chiodi (Arg/IE) and Alexandre Iseli (CH) have created numerous choreographic works under the name Iseli-Chiodi dance company. Their creative journey is characterized by the emergence of distinct choreographic textures through collaborative processes and a theatricality deeply ingrained in the flesh of performing bodies.

Together they run the international festival Tipperary Dance Platform.

These strange days have put many of us close to extreme endings and binary feelings. We connect to our past as a source of comfort, resource, nostalgia and melancholy. We connect to the future as a place of hope, new beginnings, incertitude and fear. Distance Measures became a place to explore and drift away. So far, so close. So far, there were only […]