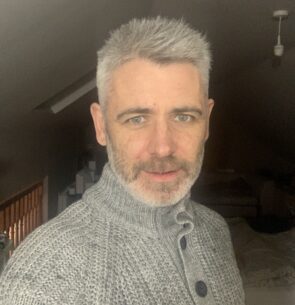 Dylan Quinn has been working as a Choreographer, Dance Artist, Performer and Facilitator for over 26 years. In 2009 he established Dylan Quinn Dance Theatre (DQDT) and has operated as Artistic Director for the last 11 years. Dylan has created numerous company performances and commissioned works for a range of dance and theatre companies and was Irish Times Theatre Award Nominee 2018. Dylan’s work has been presented  nationally and internationally across Europe and the US.

Dylan has performed and undertaken a wide range of community and education projects across the UK, Ireland and Internationally. He has development a particular focus on creating work that explores the context around the border in Ireland, i’s impact and highlighting the experiences of these living in border communities. He has undertaken a range on innovation projects involving performances on the border in live and film formats.

Dylan has been instrumental in initiating the We Deserve Better social engagement movement in Northern Ireland, highlighting the inadequacies of  the political system. As a development of the movement he has established the Conversations NI platform, engaging people from a range of backgrounds  in conversations that are important to them and to their community.