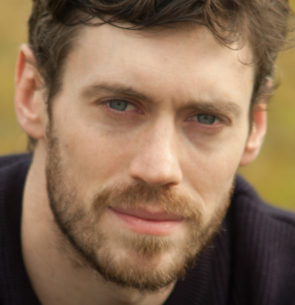 Originally from Cork City, Luke is a performer and choreographer based between Cork, New York and Brussels.

Luke has danced with Ultima Vez from 2014-2018 touring internationally in productions of In Spite of Wishing and Wanting, Booty Looting and Spiritual Unity and Punchdrunk since 2009, performing leading roles in the original casts of  Sleep No More in Shanghai (‘16-‘18), New York City (’11-‘15) as well as productions of The Drowned Man in London and Sleep No More in Boston. In addition he has danced in the companies of Martha Clarke, Kate Weare and Pavel Zustiak, and in projects with Ben Duke, Alexandra Waierstall, John Kelly, John Scott, Janis Brenner, Sean Curran, Luca Silvestrini, Jonah Bokaer and as a guest with Bill T Jones/Arnie Zane Dance Company.

Luke’s own work has been supported by various commissions, awards and residencies internationally including Arts Council of Ireland, Cork City Council, CultureIreland, New England Foundation for the Arts National Dance Project, Kaatsbaan International Dance Centre, Pavilion Theatre, Tyrone Guthrie Centre, Irish Arts Centre, Foundation for Contemporary Arts, DanceLimerick, DanceBase Edinburgh, Tribeca Performing Arts Centre, DanceNow Silo Kirkland Farm, Tanz Tendendz Munich, b12 Berlin and others. He has created and performed nine evening length works throughout Ireland, Germany, UK and USA (Drenched 2012, Icarus 2013, Your Own Man/Mad Notions 2015, On Triumph and Trauma 2016, The Dust We Raised 2017 ExCaelo 2018 The Milkyboy Kid 2018, Carnivore 2019, Villains 2019). Luke founded Attic Projects in 2014 as an umbrella for his various independent projects in dance, film and theatre. Luke is the producer and programming director of The Catch8 Workshop Series in Cork City and is currently working toward the opening of a new dance residency centre in County Cork.

In this improvisation I explored Touch and Connection across distance and time. I found the texture and severity of the rock face against the tranquil and timelessness of the horizon beyond interesting. I placed my body as a medium for sensation in the midst of greater forces.