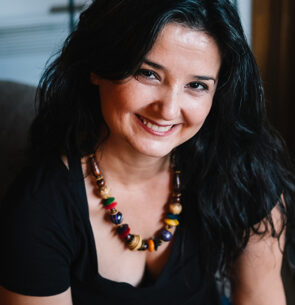 Ülfet Sevdi is a writer, theatre director, dramaturge, visual artist, and Theatre of the Oppressed practitioner based in Montreal. She graduated from the Department of Fine Arts and Theatre at Mersin University, Turkey, in 2001. She is currently finishing a Research and Creation Master in the INDI program at Concordia University.

Her work deals with oral history and social narratives. Her approach is highly conceptual, experimental, and is theoretically grounded in the critical social sciences.

She was the co-founder and artistic director of nü.kolektif (2008-2014), an Istanbul-based collective of multidisciplinary artists involved in performances dealing with political topics. She continued this line of work with Thought Experiment Productions (2015-) since coming to Montreal, a production company she also co-founded and that she co-directs.